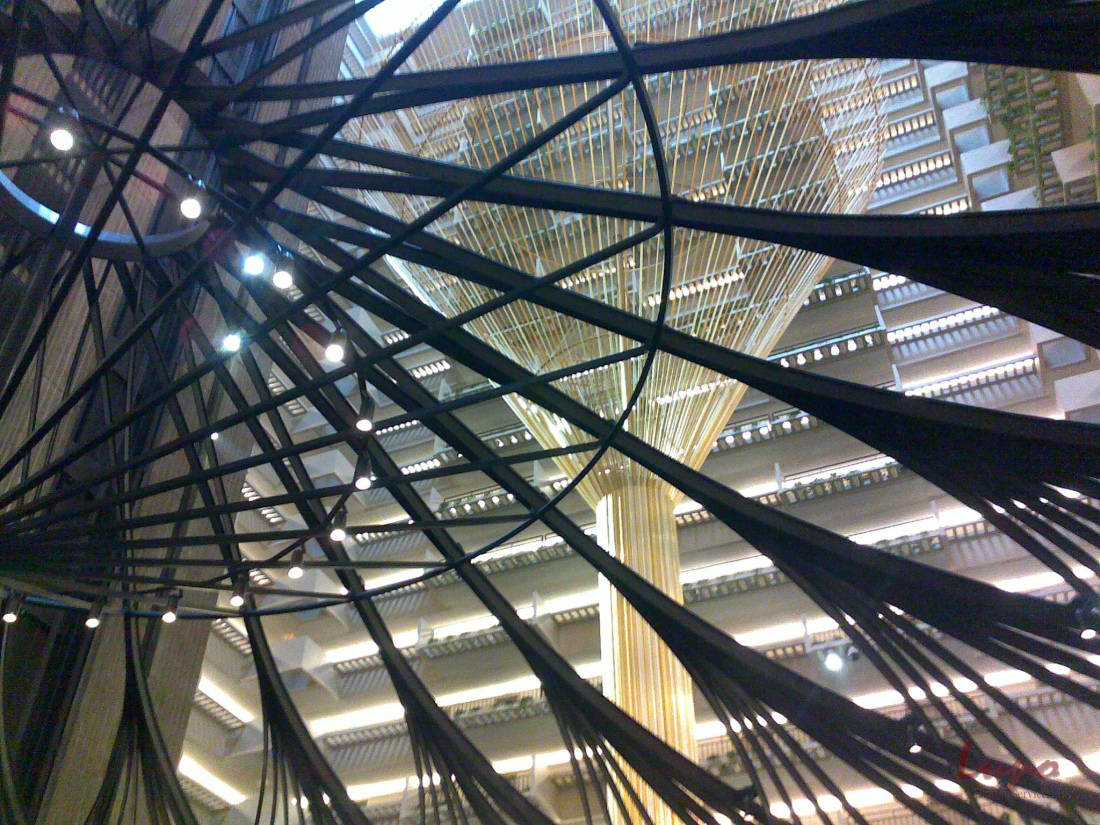 Nelson Cabot was an obscure man, living an obscure life, in an obscure section of Northeast Atlanta. A man of certain habits, he arose each morning at five-o-clock sharp, prepared the same breakfast of toast, poached eggs, ham, and coffee, and shaved, showered, and dressed with the same military regularity he’d practiced since his stint in the Merchant Marines in his twenties. Then he headed off for his day at the office. He wasn’t a star within his company. In fact, hardly anyone in the vast monolith that was Bickering Plummet, Incorporated, even knew his name. He worked in the Winder satellite office, halfway between Athens and Lawrenceville, Georgia, with one co-worker, Alice, minding the servers that allowed offices in the region to communicate with one another, and with corporate in Atlanta, as well as the rest of the world. He sat, day in and day out, staring carefully at the screen, as mail and messages streamed past, making sure everything ran smoothly, that no error reports appeared, no malicious person tried to get in, and taking swift action whenever something went wrong. It was the type of work an individual like Nelson was perfectly suited to carry out.

Nelson had always been a solitary individual, cut off from most of his family in Middle Georgia. He had an older brother, and a younger sister and brother, who he’d visit once every year or so, but otherwise with whom he had limited contact. For the past several years, Nelson had been host to his nephew, who was attending school in Atlanta, and who was also named Nelson, but who most of the family called Nelms, to distinguish him from his namesake uncle. The oldest son of Nelson’s older brother, Jameson, Nelms was very bright but unmotivated, and showed no inclination to choosing a career for himself, or for doing anything other than attending school, where he had already earned a bachelor’s degree in philosophy, and a Master’s in speech and drama, but always became evasive whenever Nelson quizzed him about his plans for life. Nelms did have an active social life, with an interest in theater, and participating in a local improvisation group, also writing, acting occasionally, as well as working behind the scenes in productions, none of which paid much money. Still, Nelson didn’t mind having Nelms around. He was often still asleep when Nelson awoke in the morning, and gone by the time Nelson came home at night, and didn’t take up much more space than the room he occupied in the basement of Nelson’s home, and it was nice for Nelson to know there was someone else around, which gave him a sense of responsibility. Other than Alice, Nelms was perhaps the only person Nelson associated with on a regular basis.

Nelson was, in fact, one of only two workers in the entire office where he worked, that occupied less than four hundred square feet of wall-to-wall servers. Alice occupied the tiny closet that was the monitoring station, which stayed at a constant temperature of eighty degrees, while Nelson worked in the server room, which was super cooled to keep the units from overheating. They both spent ten hours a day, five days a week in the office, and at around six in the evening, were replaced by the night crew, who monitored things until four in the morning. When not working, Nelson was on call, in case something went wrong in the four hour window between when the night shift left and the morning crew took over, or on weekends, when the servers were largely left to fend for themselves.

This had been Nelson’s routine for most of the fifteen years he had been with Bickering Plummet. He had always held vital, but largely unseen positions within the company, being the technician who insured that the machinery that kept the multinational corporation grinding along never failed, and in all the time he’d been there, not a single negative incident had occurred that had not been dealt with speed and efficiency. He and Alice had their routines as well, greeting one another each morning before retiring to their respective locations to carry out their daily work, sometimes taking turns buying lunch, but hardly interacting at all.

It was their occasional habit of buying lunch for one another that brought Alice out of the office one afternoon to inquire if she could pick up something for Nelson while she grabbed a bite to eat at the deli a few streets over from the office. She had been having a quiet, uneventful day so far, with little activity on the network, it being a holiday for everyone in the company other than the top brass and those who kept the machinery running, and Alice was hoping for a few extra minutes to stop off at a drug store to pick up a card for her niece who’d be graduating high school in a few days.

“I’m going to grab some lunch,” Alice said to Nelson, steadfastly seated in his chair, watching the numbers go by. “Can I bring you anything?”

Nelson did not reply, but this was not out of the ordinary. Nelson was highly focused, and it often took a few tries to get his attention. Plus the fans were running and they typically drowned out the soft-spoken Alice when she tried to communicate with her co-worker. Alice stepped a little closer.

“Nelson,” she said firmly, “I said I’m going to lunch. Can I bring you anything?”

Still, she received no response from him, neither did he move from his position of staring silently at his screen. Finally, Alice stepped beside his chair, only to find him focused on the computer screen, his mouth partially open, eyes staring blankly ahead of him.

Alice touched his shoulder, and Nelson responded by slumping sideways in his chair.

“Oh my god!” Alice shrieked. She hurried back to her office, repeating, “Oh my god, oh my god.”

The paramedics who arrived within ten minutes of Alice’s call speculated that Nelson had been dead for at least two hours before Alice found him, and might have gone unnoticed until the night shift arrived, had not Alice thought to bring him lunch. Alice was horribly shaken by the incident, constantly asking if there was something she could have done, and being reassured by one of the paramedics that Nelson most likely succumbed quickly, without warning, and unless she’d been standing over him when it happened, there would have been no way for her to help him. Alice had made two calls, the first to 911 summoning help, the second to her contact at corporate, who advised her to “stand by” while the supervisor dispatched someone to “assess the situation” and take control of the scene. Her supervisor advised Alice not to contact anyone else, and if the police arrived, she was to wait until the company representative got there before speaking to them.

There was little to worry about, as an individual identifying himself as Clark Randolph from HR, showed up while one of the paramedics was still examining Nelson, and quickly shepherded Alice away from the paramedic comforting her, and into her office for a debriefing. By the time the police arrived, summoned by the paramedics, Mr. Randolph was fully in control of the situation, and was limiting access to Alice, as well as any portion of the building not immediately relevant to the investigation.