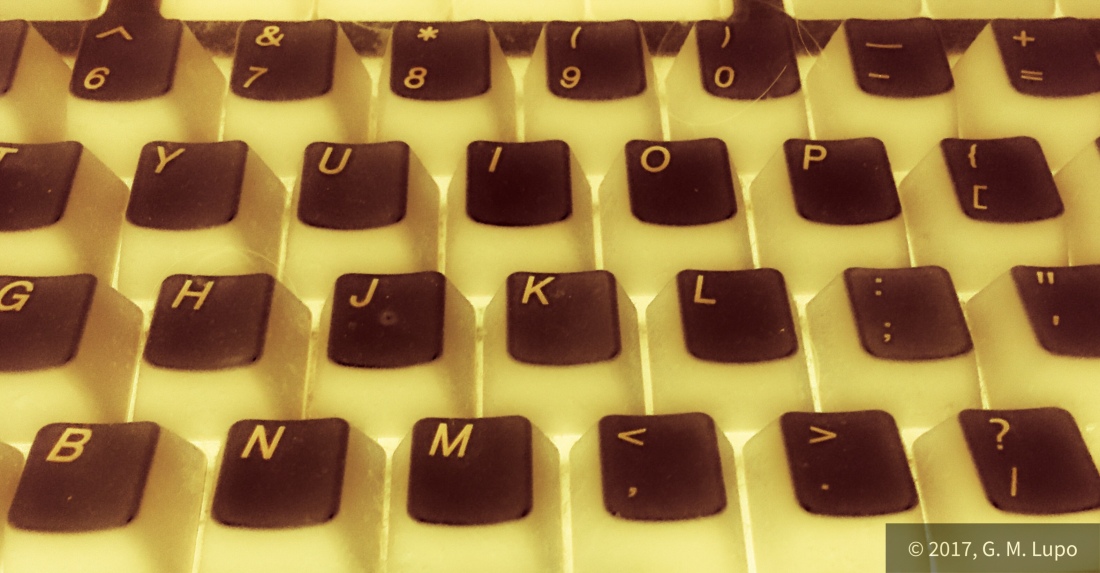 When Leah arrives at the address in East Atlanta on the card Cairo gave her, she is met at the door by the thinnest person she’s ever laid eyes on, a woman who’s several inches taller than Leah, and can’t weigh more than one hundred pounds. Despite this, her legs and arms aren’t bony, and her teeth are perfectly straight, and pearly white. She’s wearing a one-piece, sleeveless, floral, shorty jumper, and her long, fluorescent red hair is tied in a ponytail on the left side of her head. In one hand, she’s holding an enormous sub sandwich, packed with meat and vegetables.

“Mercy me, it’s not every day we get company ’round here,” the woman says, putting on an exaggerated Southern drawl.

The woman leans away from the door, and calls out, “Scoey, there’s a strange woman here to see you”.

From somewhere inside, a melodious, male voice Leah recognizes replies, “Does she seem extremely professional?”

The woman examines Leah, with one eye narrowed, then leans back. “Extreme to the extreme.”

“Is it L. J. Walker?” the man asks, making his voice sound like a game show announcer.

“Yes!” The woman throws up both hands, careful not to drop her sandwich, and bounces up and down. “At least, that’s what she says.”

“Lovely. Send her on back,” Roscoe answers.

“Nice to meet you,” Leah says as she enters. “Sorry if I interrupted your meal.”

“No biggie,” Aileen says. “I have to eat about seven or eight times a day. High metabolism.”

Aileen closes the door and points down a hallway. “If you walk in that general direction, you’ll either find Scoey, or exit into the back yard, and, if it’s the latter, I apologize for the mess, because we haven’t been here long.”

“Perfect,” Leah says, and moves in the direction indicated.

As she moves into the house, Leah notes a heavy scent hanging in the air, which she recognizes as sandalwood incense. Near the end of the hall, the distinctive sounds of a John Coltrane solo meets her ears. She follows the music into a room lined with computers and monitors. Many of the computers appear to have been custom built, some without chassis. Against one wall is a gigantic rear-projection television, tuned to the Discovery Channel, but with the sound muted. The music pours from several speakers lining the shelves. At the center desk, in front of a large monitor, sits an overweight, balding man, with mutton chops, and thick glasses with black plastic frames, in a tank top, baggy red basketball shorts, and high-top Converse sneakers and dark knee socks. He swivels in his chair as Leah enters.

“L. J. Walker,” he says, extending his hand as he propels himself toward her in his chair, “Scoey Delahunt.”

“Leah,” she says as they shake hands.

“So, here to learn about hacking, are you?” Roscoe says. “From what I hear, you’ve been a rather naughty girl yourself lately, haven’t you?”

“Who didn’t?” he says. “It was all over the dark web. If you’re interested, I can give you several reams of chatter from the newsgroups on everything you did wrong, should you ever want to attempt it again.”

She waves her hand dismissively. “I prefer tea anyway. I’m here to learn whatever you think I need to know.”

“How much is Cairo fronting you?” he asks.

“Enough to get the job done,” she says.

He shakes his finger at her. “Ah, cagey. We can discuss terms once I have a better idea of the work needed.” He rolls back to his desk. “Pull up a chair, let’s get acquainted.” He turns back to his computer. “I tried to see if I could get Mitnick on the line for this, but he’s still restricted from talking computers at present.”

“Pity. He’s pretty formidable on those, from what I’ve heard,” Leah says. She sets her briefcase on a table and selects a typing chair with no arms, sits, and rolls about halfway to where Scoey is seated.

“I had a look at the RFP after you called,” he says. “You’re going to be dealing with lots of proprietary information on this one. Secrets the telecommunications industry wants to keep under wraps.”

“Yes, I had the same thought,” she says. “I wonder how relevant any of this will be, though. I’m thinking wireless will be coming in the next decade.”

“Decade?” Scoey says. “It’s going to be here sooner than that. The US is behind the curve on this one. There are places in Asia where almost everyone’s mobile. The future is all about the elusive smart phone.”

“Who do you think will win?” Leah asks.

“My money’s on Jobs,” Scoey says. “Look what he’s done with Apple since he’s been back.”

“Do that and you won’t need any government business in a decade,” he says. He clicks some icons on his desktop. “How do you want to play this? I can show you my credentials, or I can crack something for you.”

“I’d rather not start off our association by going to prison,” she says.

“Tips and tricks it is, then,” Roscoe says, tapping the keyboard.