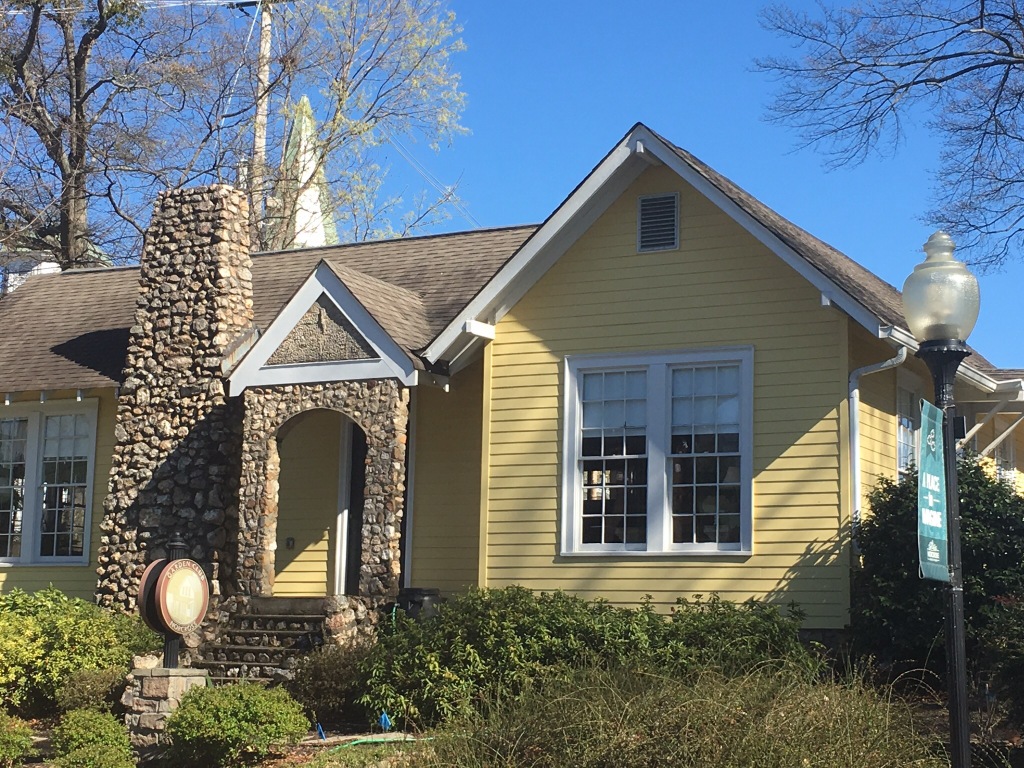 Claire Belmonte maneuvers her Jeep Wrangler into the side driveway at the home of Manny and Deanna Savage in Norcross, and parks by the red Nissan that belongs to Brian Sanger. She’s there to help Brian and his sister, Charlotte, plan out the sound requirements for an upcoming show at Smith’s Olde Bar in Atlanta. She’s worked with the duo, who call themselves Echo, for seven years, since their earliest shows, which included open mic events at venues such as Smith’s and Eddie’s Attic, after Charlotte came to Atlanta in the summer of 1996. In addition to the planning, Claire has a huge favor to ask her friends.

Charlotte lives in the small guest house behind the Savage residence with her son, Ishmael, but instead of going there, Claire walks around to the front of the main house and rings the doorbell. She’s greeted by Gloria, the middle of Manny and Deanna’s three children, an early-teen girl with dark blonde hair, wearing sweat pants, and a Ramones T-shirt, with red and black checkerboard sneakers.

“Hey, Glo,” Claire says, giving Gloria a hug. “I see the Volvo’s missing. I guess that means your folks are gone.”

“Mom took Prudie to get a dress for a talent show she’s in,” Gloria says. “Dad’s in the kitchen.”

Claire follows Gloria through the house and into the kitchen, where Manny is carefully measuring and placing lumps of cookie dough onto a greased baking sheet. Manny Savage is forty, with dark, unruly hair, which is currently stuffed into a ridiculous looking chef’s hat, and a powerful upper body with very broad shoulders. He normally has a heavy five-o-clock shadow, but today looks like he hasn’t shaved in a couple of days. Looking up as Claire enters, he says, loudly and enthusiastically, “CC!”

“How ya doing, Manny?” Claire says. Not wanting to interrupt his baking, she rubs his back, rather than hugging him.

“I hope you’ll stick around for some cookies,” he says. “We’re making three dozen.”

“I can probably help you out with a few,” Claire says.

“So, getting set for the big show at Smith’s, are you?” Manny says.

“You know it,” Claire says. “I’ll stop back in for some cookies later.”

Claire exits into the back yard and stops to play with the Savages’ dog, Lex, a medium-sized mongrel, with brown, shaggy hair, that the family rescued from animal control a few years earlier. As she approaches the door to the guest house, she can hear Charlotte’s contralto voice singing a tune Claire recognizes from their upcoming album, accompanied by Brian on piano. Claire lets herself in. Charlotte and Brian acknowledge her without pausing. Once they finish, they both greet Claire with a hug. Brian is a couple of inches taller than Claire, and his hair is the same dark color as hers. Claire towers over Charlotte, whose head barely reaches Claire’s chin. For the past few years, Charlotte has been wearing her strawberry blonde hair in dreadlocks, and has a fake nose ring she puts on. She also likes wearing round, wire-framed, rose-colored sunglasses, especially onstage.

“He’s visiting his father and brother this afternoon,” Charlotte says. “Ned’s taking Izzy and Ike to see the Gwinnett Braves.”

Echo is releasing a new album and having a CD release show upstairs at Smith’s in a little under a week. It’s a venue they’ve played many times before, so most of their meeting deals with the requirements of several songs on which Brian and Charlotte will be using some new instruments they’ve not played in concert before. Deanna Savage has been teaching Charlotte to play the banjo, and Brian will be playing a saxophone, which he’s used in the studio, but never live. After about an hour, they have a good handle on what’s needed, so Claire decides to approach them with the favor she needs.

“Recently, a family I’m close to lost their father,” Claire says. “Brian, you attended the funeral with me, Jack Standridge.”

“Right, I remember,” he says. “They struck me as good people.”

“They are — the best,” Claire says. “Jack’s death has been really tough on his wife, Nancy. She’s all alone in this huge house and misses her grandkids, who now live in Florida.”

“Florida, Florida,” Charlotte repeats. “Is there something we can do for them?”

“Maybe,” Claire says. “Nancy has decided to put the house on the market and move down near her son, Rex and his family.”

“What does it have to do with us?” Charlotte says.

“I’m hoping you’d consider making an offer on the house,” Claire says. “Walker Development has been buying up property around the area. They want to tear down the houses and build these monstrosities that will drive up the property values and tax assessments.”

“How’s the neighborhood reacting to that?” Brian says.

“Split fifty-fifty,” Claire says. “Many of the older residents just want to sell out and leave. The other half, mostly families with school-age kids, want to fight it.”

“I’m happy where we are, Claire,” Charlotte says. “Izzy’s happy. I like being with the Savages. The school system suits us — and I especially like having babysitters right next door.”

“DeKalb has a good school system, too,” Claire says. “It’s a larger house, with a huge back yard, and has a small, wooded area. Izzy would love that.”

“Charlotte would love that,” Brian says, to which Charlotte nods.

Claire leans toward them. “This place has a lot of sentimental value for me. The Standridges were there when I really needed them, I lived there for nearly three years. In some ways, you could say my whole life started over there.”

Brian touches Charlotte’s hand, and says to her, “It won’t hurt to meet with them. Take a look at the place. Decatur’s got a great music scene, too, and we’d be right near the thick of it in Avondale.”

“Avondale, Avondale,” Charlotte says. “We can meet with them and take a look. The woods do sound tempting. Just don’t get your hopes up, Claire.”

There’s a knock at the door, followed by Gloria looking in and saying, “Dad said to tell you the latest batch of cookies just came out of the oven. Actually, he told me to look in and yell ‘Cookies!’ like Cookie Monster, but I’m not doing that.”

They all head over to the main house.