Occasionally, as I’m out walking, I come across items people have misplaced or forgotten, which I chronicle in a series on my Instagram account (gmatt63) entitled Discarded Items. Typically, I’ll identify the item as “Discarded” then describe what it is, usually with a color, such as Discarded Green Shorts. On 15 September 2017, I first encountered what has become the most daunting discarded item of all, what I initially tagged as “Discarded Purple Warmup Top”, but, which I’ve since been labeling “Discarded Purple Hoodie”. The story unfolds, in pictures and with my original Instagram captions below. I am including alternate shots, when available, which don’t have captions. 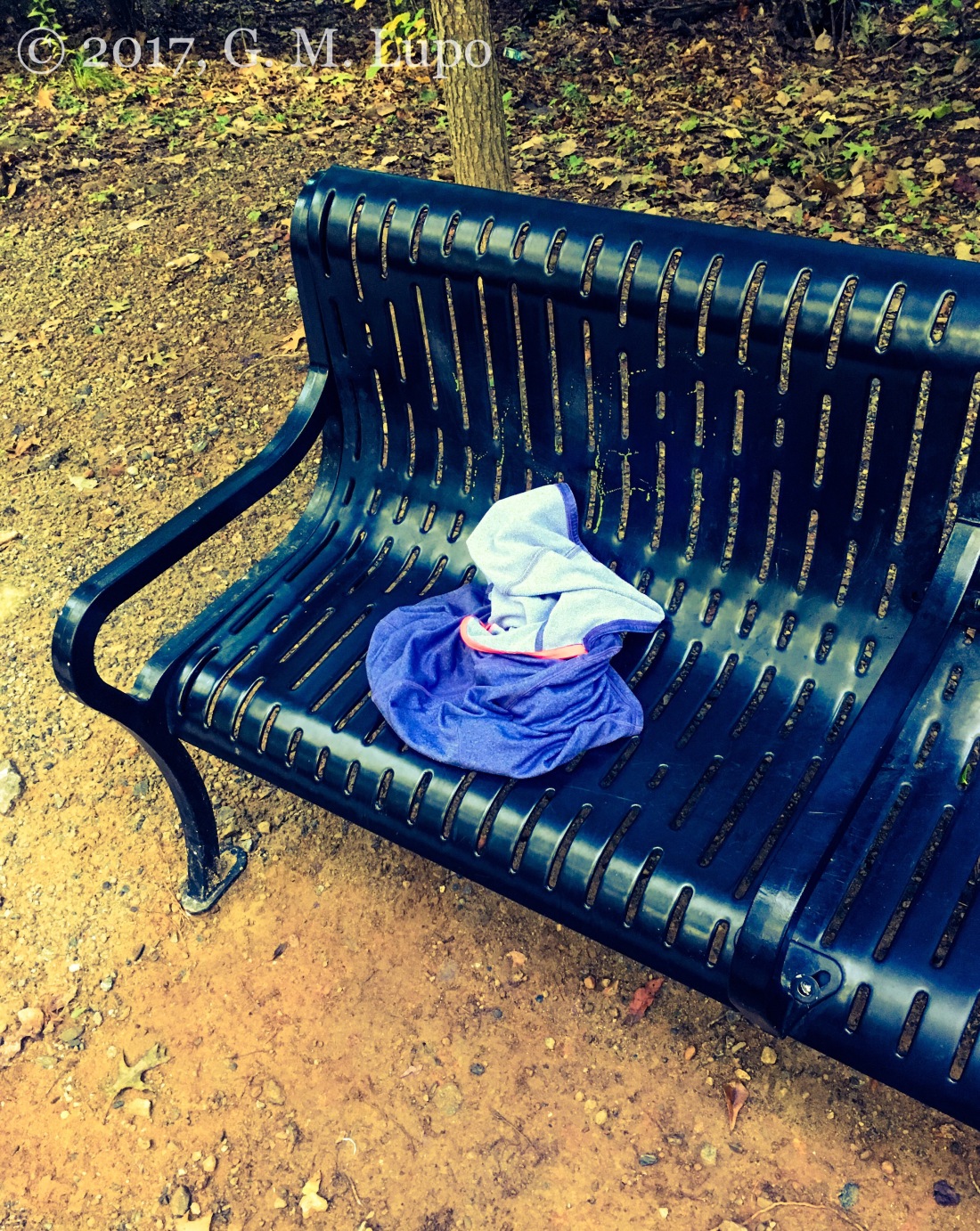 My criteria for assessing a discarded item is that it must be totally unattended, with no one around who might be the owner. For instance, I noted a runner one morning stopping by a seat and taking a sip of water from a bottle that had been left there, with two others. I assumed, from this, the runner and a companion left them there for this purpose, so I could not classify them as discarded items.

After the above photo was taken, I witnessed a man skulking around the trail marker, like he was trying to read the information on it. I had a sense, however, he was eying the Discarded Purple Hoodie. If you’re behind this, sir, be assured, I saw you. I can’t remember exactly what you look like, but I saw you. Oh, yes, I did.

While still hanging around, the Discarded Purple Hoodie was, nonetheless, moving in the right direction, that is, toward the dumpsters.

Of course, I haven’t been here every day, but every day I’ve been here, I’ve spotted it. It will settle somewhere, then next time I’m around, it’s in a new location.

​​​Here’s a short video I made about the most recent sighting of the Discarded Purple Hoodie.

Eleven days, folks. That’s how long this item has been floating around the trail. The first one I noted disappeared quickly and hasn’t been back, but this one just keeps popping up. Maybe it’s trying to make it back to the woods. Who knows? I shall continue to document its progress as long as necessary.