She was born in Sutton, West Virginia, an only child raised by a single mother, after her parents divorced when she was a small child. 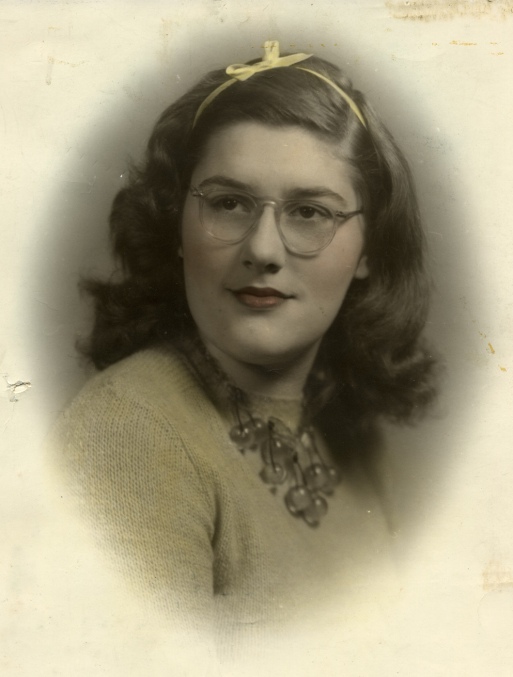 She graduated from Sutton High School in 1947 and soon after, moved to Atlanta, Georgia where her father was living and working as a Linotype operator for the Atlanta Journal. They didn’t have much time together, as he died in 1950 at a family cookout on 8 July. In Atlanta, she attended business school and worked for Merita Bakery in West End.

She told me that once, in 1949, she got off the bus at Peachtree and 14th Streets and noticed a large crowd gathered near the street a block away. She didn’t go over to see what was happening, but the next day she learned it was the crowd that had gathered after Margaret Mitchell had been hit by a taxi at Peachtree and 13th Streets.

For a while, she was living in what she called the Church’s Home for Girls at 14th Street and Piedmont, and while there, one of her roommates was a survivor of the Winecoff Hotel fire who still had scars from the burns she received in the fire. 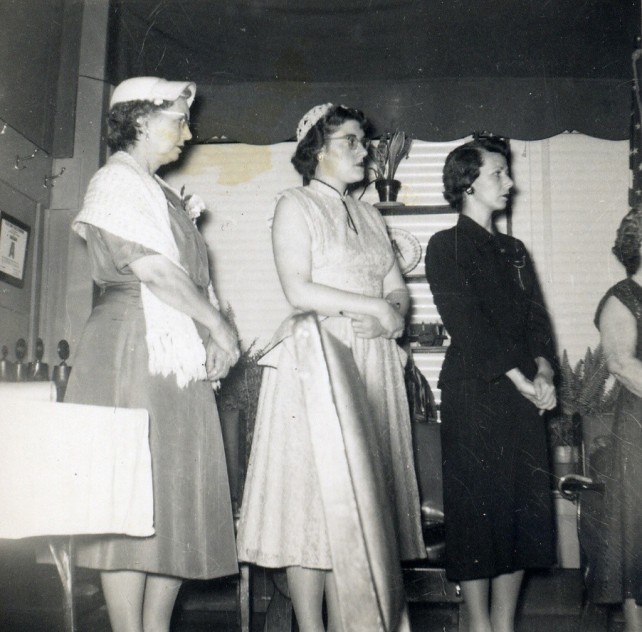 She married my father on 18 August 1961, at Park Street United Methodist Church, where she sang in the choir. My parents were married for thirty-three years.

When I was in kindergarten and first grade, she’d often walk or take the bus to the school to pick me up and we’d either walk or ride the bus home. When we walked, we’d sometimes stop off at the Krystal along the way for hamburgers.

As a young woman, she attended movies and shows around town and I still have programs from some of the plays and musicals she saw. She also took ballroom dance lessons at Arthur Miller Dance School.

When my brothers and I were kids, my mother would take us downtown to Underground Atlanta, the Alliance Theatre or the High Museum, or to the movies at Lakewood and Greenbriar at every opportunity. She also had a large collection of 78 records which featured Big Band, Jazz, and Musicals from the forties and fifties.

Half of my mother’s family came to Georgia after the Revolution from Virginia by way of the Carolinas and some of those ancestors crossed paths with families on my father’s side. In researching our genealogy, I discovered my father and mother were sixth or seventh cousins. The other half of her family immigrated from Germany in the 1850s. They are the most recent branch of our family to arrive in the U.S. and the only known branch to settle here after the Revolution.